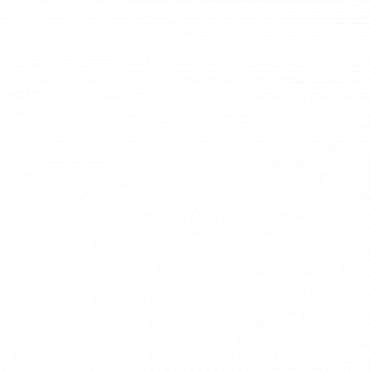 Two Sides To One Coin – Voiceover And Dubbing

We all are currently living in a world of media, where media is deeply connected with our day to day life. And the two undeniable heroes of this world are “VOICEOVER” & “DUBBING”. These two components are almost present in each and every media contents. Voiceover and Dubbing are just like the two sides of coins. In several cases both are required depending on situation. But what is actually Voiceover and Dubbing?

Have you seen movies where you get to listen what a character is thinking in his/ her mind? You ever wonder whose voice is there narrating while a commercial runs on a Television? That is what you call Voiceover. Voiceover is a technical process to deliver information through voice without a visible speaker. While you see an advertisement you listen a voice that narrates about the product, but you never see the one speaking it, this process is called voiceover. Voiceover plays a key role in multimedia industries. Most of us use it but don’t know about it properly.

There are two types of Voiceover

Style voiceover is the voiceover that is used for means of entertainment like ads and movies where you need to engage the public primarily and giving them information secondarily. The main motto in this type of voiceover is to make it engaging and attractive. This type of voice over also looks after the elements like emotions, expressions, etc. so as to make the viewers understand the feeling or the emotion of the situation. It makes sure that the viewers understand the emotion or the sense of the speech in the voiceover. It also focuses on attracting more and more people towards it.

Now that we know exactly what is voice over, next we need to know how it is used or how it is produced. In voice over a person called voice artist gives the required audio by saying it and then that audio is played along with the video giving an overall audio visual output to the users. This is how one creates a voiceover.

Now we come to a process that is a bit more complicated than voiceover. When your hero says the dialogues how is the sound quality so good. Or when you see a movie of a different unknown language in your known language, then the thing you witness is dubbing. Dubbing is a much more complicated process. Unlike voiceover, in dubbing the speaker is visible thus it is very important and tough to synchronize the audio with the speaker’s lips movement. The process of matching this audio with speakers movement is called lip-sync. Suppose if the dialogue is slow and the lip movement is faster then, you will see that dialogues are not matching according to the video. This specification is what makes dubbing a much tougher job.

When you watch a movie of different language dubbed in your own language that time also the words or translated dialogues must be written carefully so as to match the timing of the character’s lip movement.

Dubbing is a much more expensive and complicated process but its application is in huge scales.

Now how does this real dubbing process work? The voice or the audio is first recorded and then in the video file the existing audio is removed and freshly dubbed audio is attached and synced properly with the video and mixed properly in order to get a complete audio visual output. Now, basically in movies the film actors record the audio, and in animes the voice artists are recruited for giving the voice for the videos. But the main complication is the translation or dubbing something in a different language. The challenge that arises in translating is that the whole audio file needs to be translated in a whole new language and with the same emotion or feeling and moreover the selection of words and the rewritten words should be such that it properly syncs or properly times with the speakers lip movement throughout the video. It is almost like rewriting a script for audio.

There are such hard works and techniques like voiceover and dubbing, that we get these beautiful and Entertaining Medias. Most of us don’t know that how these tasks are accomplished and how troublesome these tasks could be. This is also a very successful and innovative work to take up as a career. These two sides of the coin open up several career option, as all of these are achieved through a complete team. So, it is also an interesting and demanding career to pick up. We pick out faults and get irritated by very small mistake but often fail to realize that how hard it is to create such media files. So, next time we go to watch a movie or cartoon we must be thankful to the team that worked on the voiceover and dubbing of the media.

Dubbing and voiceover has changed a lot over time with the technological advancements and will continue to advance. The more advance it gets the better audio visual media output we will get.

We're not around right now. But you can send us an email and we'll get back to you, asap. 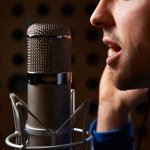 A Guide to Get Voice-Over Done for Your ProjectVoice-Over